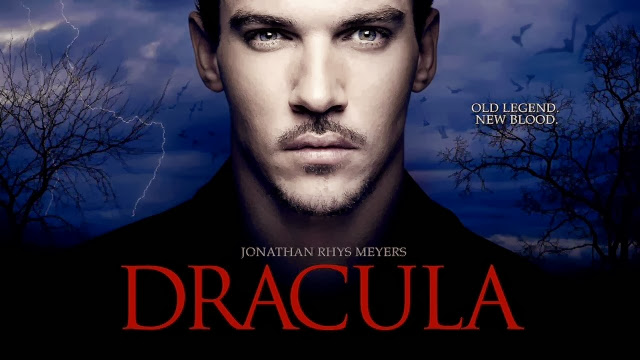 One of the promotional images for NBC’s Dracula reboot describes it as “Old Legend. New Blood.” They certainly delivered on that promise in last Friday’s premiere episode.
Dracula has been remade dozens of times since Bram Stoker first penned the novel in 1897. Each actor who played the part brought something new to the role. Every interpretation gave a new spin on the legend. This incarnation dusts off the old tropes and breathes new life into a story everyone thought they knew.
I was aware going in that in order to create a season (hopefully multi-season) weekly drama based on a single novel, the writers would have to introduce new storylines to keep the audience tuned in. But what they created far exceeded my expectations. There are tons of surprises in store for even those who thought they knew everything there was to know about the characters. In addition, the production values are truly excellent, the costumes lavish, the acting superb, and the special effects are understated and powerful.

The most effective special effect, however, is Meyers himself. The way his eyes glittered as he looked on Mina Murray from the shadows spoke volumes about the character of Dracula and hinted at things to come in a way that the script could never do. He has a power and charisma on screen that is incendiary, and it makes the audience root for him, even with the knowledge that he is not the hero. Or is he? I, for one, can’t wait to find out.
If you haven’t seen the pilot episode, you’re in for a treat. I plan to keep watching every week to see how the plot unfolds…and to see more of Jonathan Rhys Meyers.